Councilmember Debbie Kring has served on the Mission City Council since June 1999 and is the current Chair of the Finance and Administration Committee. She was initially appointed by Mayor Sylvester Powell, and has since been re-elected in the April 2001, April 2003, April 2006, April 2010, April 2014, and November 2017 and November 2021 elections. She has served as the Council President three times and served on the following committees throughout her tenure: Parks and Recreation; Ordinance; Environmental Tobacco Smoke; and Public Works. She co-chaired two task forces over the past decade, including the Countryside Task Force and the Sustainability Task Force. Councilmember Kring serves on a National Subcommittee that supports local governance (Energy, Environment & Natural Resources Steering Committee and previously chaired the City Futures Panel for Community & Regional Development). In 2018, she was nominated by the National League of Cities to serve on the Federal Advisory Council for the U.S. Environmental Protection Agency, and presently represents the interests of the U.S. Midwest on an array of environmental policies and issues.

Councilmember Kring has a Bachelor of Science degree in Management (with a minor in Science) from Baker University, and attended high school at Shawnee Mission South. She retired from the U.S. Environmental Protection Agency (EPA) in 2014 after 30 years, most recently within the Office of Public Affairs, serving as a Community Involvement Coordinator and Local Elected Officials Liaison. She previously worked as a Project Manager in EPA’s abandoned hazardous waste program, and as a personnel coordinator in the human resources program. She has mentored 27 employees during her tenure at EPA and served in numerous leadership roles relating to “organizational improvement,” “upward mobility,” total quality management,” “women in science & engineering” and “resume building.” In her tenure at EPA, Councilmember Kring has been awarded a bronze medal (the highest ranking award at the regional level) and two gold medals (the highest ranking award in the country), each for community work.

Councilmember Kring and her husband Lynn have lived at 5819 Riggs in Mission for 34 years, and have five children and ten grandchildren. 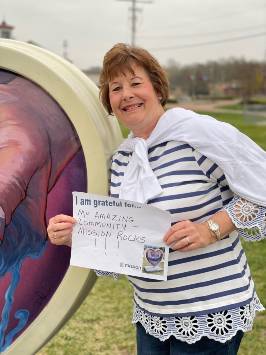