Councilmember Ben Chociej was elected in November 2021 to represent Ward 4 in southern Mission. Previously, he served on the Parks, Recreation, and Trees Commission and the Mohawk Park Stakeholder Steering Committee. Ben grew up in the Northland of nearby Kansas City, Missouri and has lived in the metro area most of his life.

Ben and his wife Betsy moved to Mission in 2017 in search of their first home and hoping to find a place to put down roots. They quickly fell in love with Mission’s walkability, small-town amenities, and fantastic location. Ben quickly took interest in city government and development projects, prompting him to seek involvement with the city’s boards and commissions and eventually decide to run for office. In 2020, Betsy and Ben celebrated the birth of their first child, and they are thrilled to start a family in a place like Mission.

Professionally, Ben works as a software engineer for a real estate title and transaction processing company. Previously, he worked for 8 years for a legal analytics startup where he advanced in leadership to direct the engineering department. Ben’s professional interests include web application security, network security, cryptography, and backend development.

Ben graduated from Vanderbilt University in 2011 with a Bachelor of Engineering in Computer Engineering, with a Mathematics second major. At Vanderbilt, he worked in the Aerospace Laboratory, eventually serving as its President, where he investigated thermal energy recovery and exhaust restriction. His work in rocket design and technical communication received awards from the NASA University Student Launch Initiative.

In his free time, Ben enjoys spending time outdoors with his family, cooking, and tackling home renovation projects. Ben is honored to serve Ward 4 and looks forward to hearing from residents with any and all questions, concerns, requests, and comments. 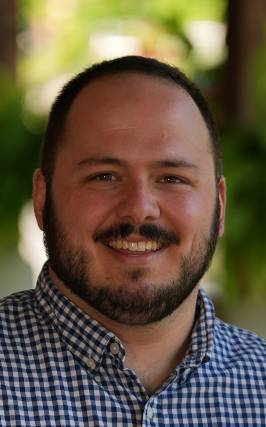