Project updates are listed here on the larger private development projects that are under construction or in planning phase within the city. You can learn more about the development process and opportunities for public comment here. 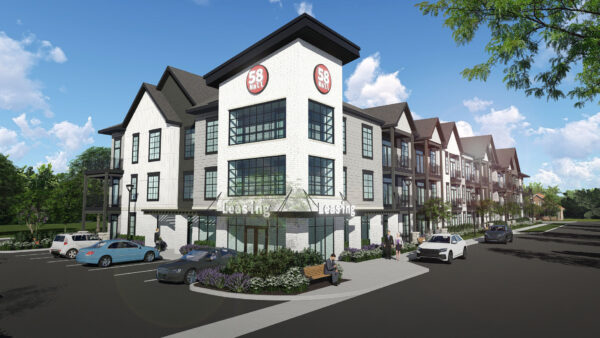 Moffit Development Co., Inc. submitted a Preliminary Development Plan for a 77-unit multi-family development in Mission’s Downtown Neighborhood District at 58th and Nall Avenue. Units consist of studio, one- and two-bedrooms with tuck-under parking mid-block. The new development would be within 1/4 mile of the transit station near East Gateway on Johnson Drive, and steps away from shops and restaurants.

A neighborhood meeting was held on May 9th at 6:30PM at the Powell Community Center. See the slides presented at the meeting here.

The Preliminary Development Plan and Rezoning Application will be heard at the May 23rd Planning Commission Meeting. Public is welcome to attend. 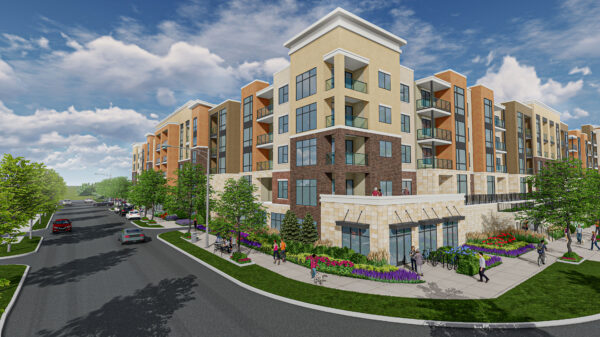 BK Properties, LLC submitted a Preliminary Development Plan for a 307-unit multi-family development on the site of the former JC Penney Call Center at 56th Street and Foxridge Drive, which has been vacant for more than a decade. The new building would consist of one-, two-, and three-bedroom units that front Foxridge Drive, 56th Street, and Broadmoor Street, with a large interior courtyard over a parking garage podium. The proposed structure is four-five stories with a west-facing clubhouse.

A neighborhood meeting was held on April 26th at 6:30 PM at the Powell Community Center. See the presentation

The project proposal will be heard by the Planning Commission at a date to be determined. The date will be posted here once confirmed. 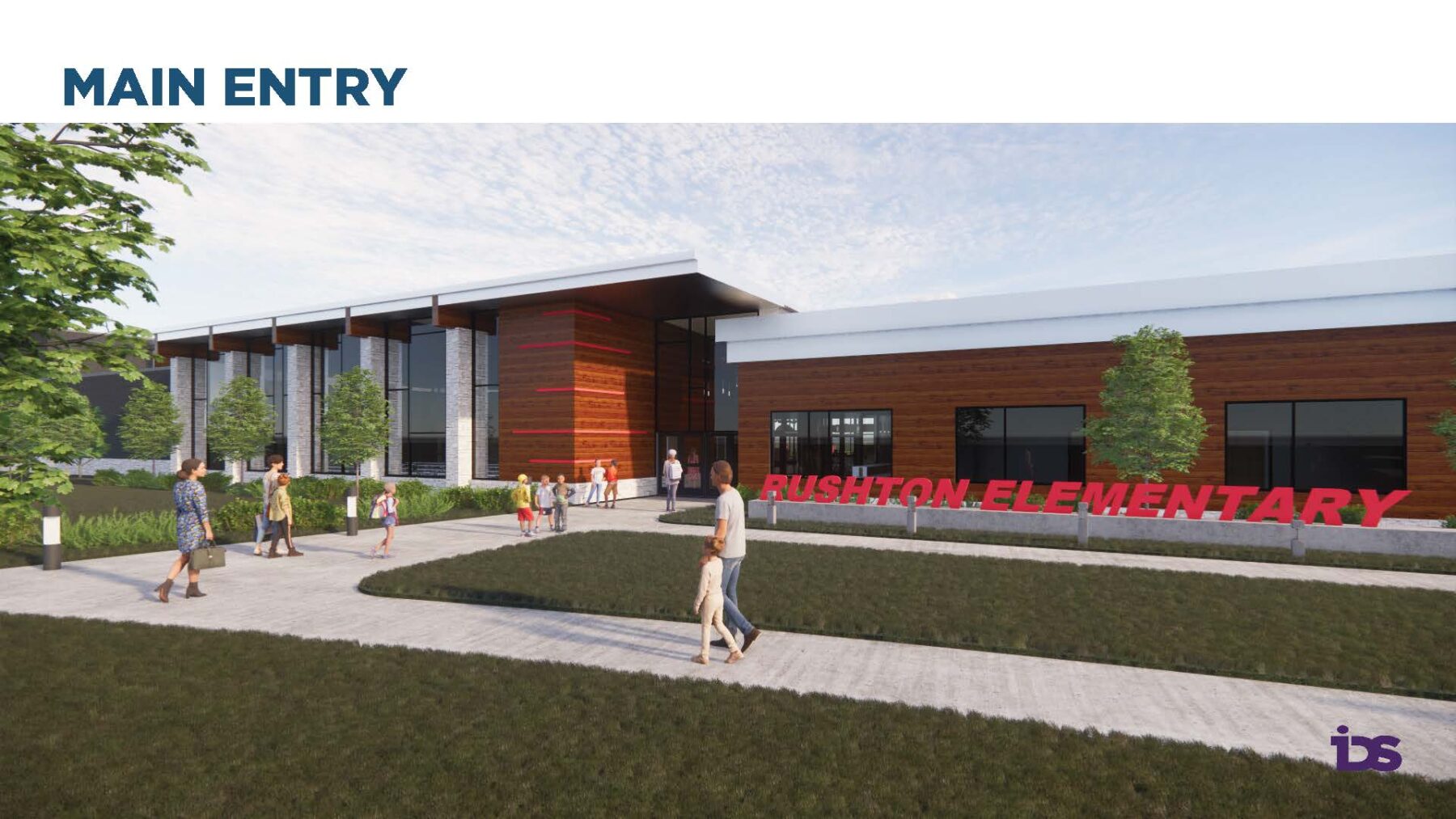 The Shawnee Mission School District plans to redevelop Rushton Elementary at 6001 W. 52nd Street with a new facility and site improvements beginning in 2023. There have been several meetings between designers and stakeholders since 2021 when the concept was first proposed. Incite Design Studio, based in Kansas City, provided Staff with initial renderings in April 2022, and there will be a neighborhood meeting scheduled when the timeline for construction is defined. Once architects and designers finalize plans, the project will be heard by the Planning Commission and City Council in the following months.

More details on the project will be forthcoming as they are received. 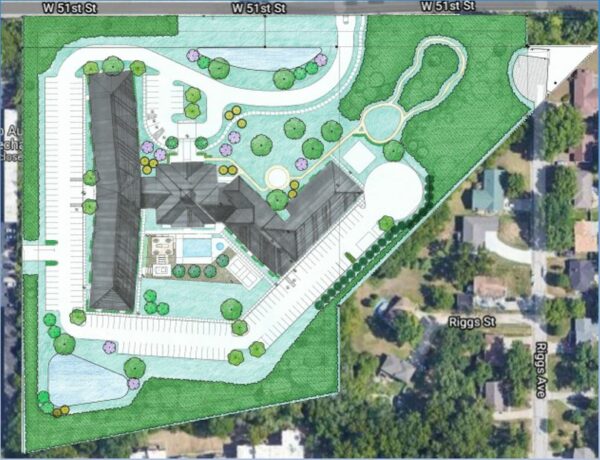 Stride DevCo, LLC, a developer based in the Boulder, CO area, submitted preliminary development plans for a multi-family project on the undeveloped land at 51st and Riggs Road. The development is age-restricted for independent adults aged 55 and older. The proposed development includes:

The City Council will consider the development at 7PM on March 9th at the Powell Community Center.

The developer plans to begin construction in late summer 2022 with estimated completion in summer-fall 2023.

Demolition has been completed on the former Mission Bowl. Vertical construction is set to begin the first week of May, after delays due to supply chain disruptions. The Sunflower Development Group presented updates at the February 2, 2022 Finance and Administration Committee meeting. You can watch the presentation here (1:02:40) and read the packet materials here (pdf page 40).

The property at 5399 Martway Street includes:

The Planning Commission approved this project on August 24, 2020. Read the Planning Commission report (PDF page 9). On September 16, 2020 the City Council passed Ordinance 1522, approving a preliminary development plan with conditions for the construction of a Class A, five-story apartment building on the 3.17 acre lot located at 5399 Martway Street. A final development plan was approved in 2021. The development is slated to begin construction in early May 2022.

In association with tax increment financing (TIF) approvals at the December 16, 2020 City Council meeting, the apartment complex will dedicate 20% of its units to affordable housing serving households with incomes at 60% of area median income (AMI). The building will also be Leadership in Energy and Environmental Design (LEED) Silver certified. View the packet and video from the 12-16-20 City Council meeting. 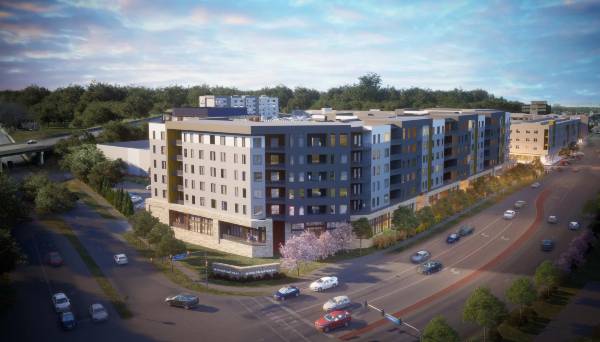 The Mission Gateway Development Agreement expired on December 31, 2021. The Gateway Developers have submitted a revised preliminary development plan and a request related to incentives and are seeking to re-engage in negotiation of a new development agreement in connection with the project. View the development team’s presentation to the City Council at a Work Session on Wednesday, February 2, at 5:30 p.m. here.

More details on the project will be forthcoming as they are received.

Pay a Ticket or Fine

Register for a Recreation Program